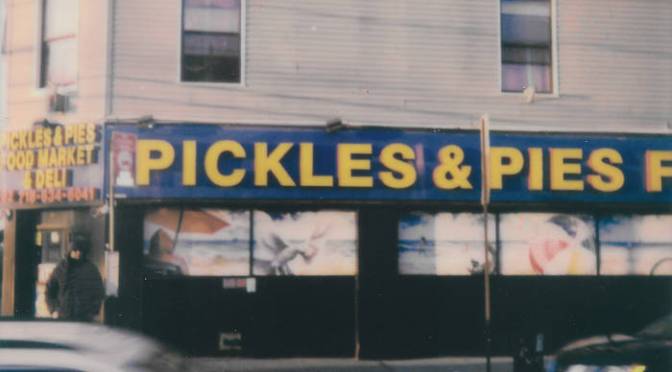 THE MEMORIES formed in the Belmont/Hawthorne district of Southeast Portland, Oregon in the Summer of 2010 by White Fang bandmates and childhood friends Rikky Gage and Kyle Handley. They recorded their first album in one of the upstairs bedrooms at what was called the 40th house, a big three story home on a busy street that was a hangout for local stoners and artists. Their self-titled debut was released on their own Gnar Tapes label as a cassette. Two hundred were ‘pressed,’ and from such humble beginnings etc, etc….

Almost ten years on, and re-located to Los Angeles, The Memories are set to release what I think will be their ninth album (though it could be argued that some of their EP recordings could additionally fall into the ‘LP’ category. Their output has been pretty prolific over the years – check this little lot out – and so I’m surprised to find myself scurrying around the internet to find out more about the band.

Being my first time listening to the band, I’d describe them as a kind of lo-fi, summery, jangly pop type of unit. For instance, I wouldn’t have been too surprised had someone played me ‘Second Try‘ from this new album and told me it was Teenage Fanclub (with a very brief Puddle of Mudd styled intro .) It’s certainly in that groove.

‘In My Heart I Am Sailing,’ has a weird kind of pacing issue at the outset – I don’t know the technical term for this, but it sure grabbed my attention enough to write about it! When it comes in, the main vocal seems to hold a couple of beats longer than the backing harmonies do, so initially, they appear ever so slightly out of kilter. Clever!
The backing vocals wash over, in and out, of the listener like a gentle tide, and there is a very strong Sixties California feel to this song.

It took me a minute or so, but, ‘The Sign‘ is an excellent down-tempo, lovers rock / reggae version of the Ace of Base song from back in the day. I believe the vocals are sung by Colleen Green and they are spot on – a little bit more ‘hushed’ than Jenny of Ace of Base, and I’d say a little more dulcet and playful.

The final final of the four tracks made available on Bandcamp prior to release, is ‘Purple.‘ This seems a little different to the other tracks I’v e heard in that it’s much more soulful, with vocals provided by PYNKIE. I have no idea, but when the chorus comes in and the production becomes that bit more dramatic, then drops down to the finish, I’m put in mind of Prince. But maybe that’s just a word association thing triggered by the word ‘Purple.‘ I don’t know. Whatever – this track’s a grower. (Just listened on repeat four times. It is.)

Yeah – so there it is. To my shame, I hadn’t listened to The Memories before. But right now, I’m off to work my way through their other twenty-seven releases as featured on Bandcamp.

See you the other side of summer. 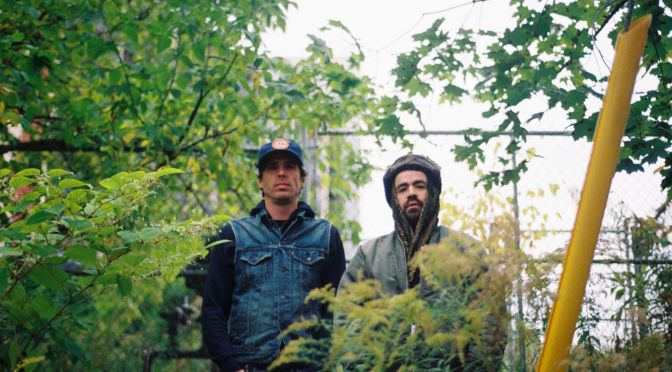 Toronto psych rock band LAMMPING are due to release their debut album ‘Bad Boys of Comedy’ towards the end of July – but more of that a little closer to the time.

In the meantime, though, the excellent DIY Turkish label Kafadan Kontak have just released a two track ‘single’ – two tracks that are not featured on the forthcoming album.

Featuring in demand drummer, Jay Anderson (see earlier mention of Stonegrass) and multi-instrumentalist Mikhai Galkin, the duo have come up with a couple real slow-burning psych tracks that remind me a little of Psychic Ills – that sort of vibe.

If these two tracks didn’t quite make the album, then we can expect great things from ‘Bad Boys of Comedy‘ when it appears on 21st July.

As a taster for the album itself, here’s the lead single, ‘Forest for the Trees’ – which may be more Black Angels than Psychic Ills. (I know, it’s really annoying making feeble and totally subjective comparisons … but it’s what I do.) 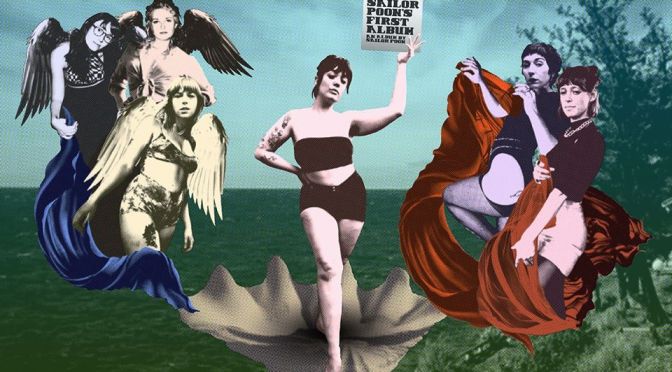 The trouble with finding bands on Bandcamp, is that it can be difficult to find out much about them.

The beauty of finding bands on Bandcamp is that you have no preconceived notion of what to expect; no inflated PR description to influence your thoughts, often leaving you on the distinctly underwhelmed side.

So here’s what I’ve got:
SAILOR POON are a five-piece, all girl group from Austin, Texas. They sound to me like a really interesting, fun and vibrant amalgam of old skool punk, mixed with a growling horror-pop undercurrent.

If doing that really annoying pretentious ‘wine tasting’ thing that not-very-good-music-writers often resort to, I’d say I could hear influences such as X-Ray Spex, The Stooges, The Horrors, The Cramps. And given the excellent and manic use of saxophone at various stages, you’d have to throw into the mix, the likes of The Comet Is Coming. It’s the law, apparently.

SAILOR POON have been around a good few years, initially as all bands do, messing around in their bedrooms and garages, before graduating to the local Austin punk scene.
Not long after, their demo was picked up on by King Khan, who invited the girls to join him on tour.

In 2016, a digital EP was released, (‘Yeast Pigeon‘) and the following year saw the album CD / digital release of ‘B-sides and Rarities.’ No – I’m not sure how that works, either.

I can find no other releases until this year, when February’s ‘Moneysnake Rising‘ digital single was the precursor to the free download of the lead track to this, ‘Sailor Poon’s First Album,’ – ‘Be My Dog.’

The music throughout the album’s thirteen tracks is high energy; frantic. Only the final track, ‘Fly in the Attic,’ tops three minutes in duration, which is just perfect for their spiky delivery. This particular track does hold back slightly on the tempo compared to the others, but does still climb to frenzied peaks with the discordant sax giving a bit of early Roxy Music feel, while the swirling keyboards and pounding drums reflect shades of Inspiral Carpets. There is also still that threatening, gothic growl underpinning the whole thing.

It’s an eclectic mix, for sure, but one that works so well. And as I’m now onto my 4th listen to the album, I’d say it has become my favourite track.

‘Too Many Boyfriends,’ is the direct antithesis – at only fifty-eight seconds and as fast as it’s furious. ‘Neglect Attraction‘ has a cult comic book feel to it – I think perhaps because the organ and bassline sound remind me a little of the B-52s.

And maybe the comic book reference is not too far from the truth, as the girls obviously have a wicked sense of humour, with a song titles like, ‘She Farts Like A Motorcycle,’ and the fourth track, (thirty-one seconds long) ‘New York’s All Right If You Like Saxophones.’

I’m conscious that throughout this wee piece, I’ve referenced several other bands. This is not something I generally like to do. But I think it fantastically exciting that I have been able to reference some of favourites and write about a band that can meld so many different sounds into something so fresh and vibrant – and importantly, without losing that defined punk sensibility. 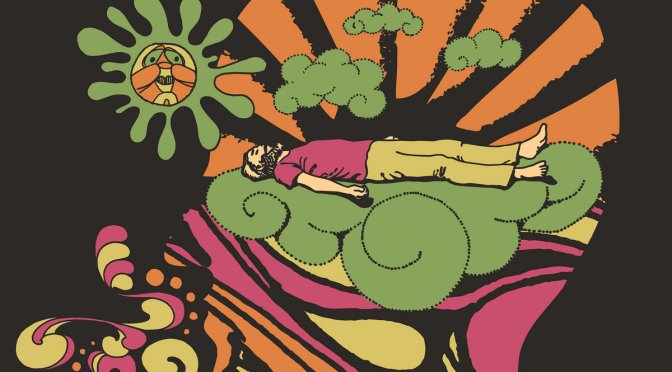 You know what? I actually know very little about the band STONEGRASS, or indeed this, I believe, their debut eponymous album.

See, I was skipping through Bandcamp again today and stumbled upon the pre-order page. Mention was made of ‘psychedelic,’ and ‘acid’ and ‘big bold psyche jams.’ And I guess that’s the importance of keywords, right there kids!

I was hooked and reeled in pretty quickly!

From what I can make out, STONEGRASS are essentially a duo from Toronto, Canada. Comprising bass / guitarist Matthew ‘Doc’ Dunn and drummer Jay Anderson, they hooked up again after previously working together on their Spiritual Sky Blues Band project.

As I write, having just bought the album on pre-order, only two tracks of the seven have been made available:
‘Tea,’ is a thirteen minute long , stoner guitar wig-out; lots of wah-wah underpinned by a prominent bass line and crashing cymbals and drums. This was composed to be played LOUD, that’s for sure.

‘Frozen Dunes‘ to me has more of a desert rock feel to it. It’s certainly more laid back and dreamy / spaced out in its delivery. Jay’s rolling toms and bongos (says the writer with absolutely no musical experience!) lead the track through its seven minute duration, while effects-laden guitars cry and drift over the top.

I don’t think I’d be a million miles away in saying this track reminds me a bit of early Sleepy Sun, from back in the day.

Whatever – these two tracks on their own are well worth shelling out for, and with the other five being made available on release day, 22nd May, what’s not to like?

(The album will also have a limited edition – 300 – vinyl run. If the costs of importing from Canada to Scotland was not so prohibitive, I’d be right in there myself.) 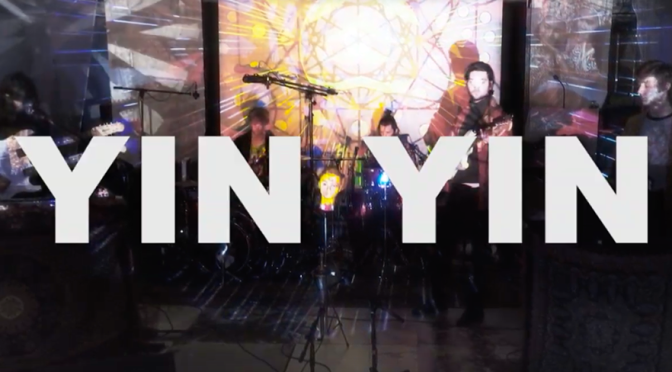 “We never had the intention to start a band,” says Yīn Yīn’s Yves Lennertz.  “Our idea was to just release a tape cassette for our friends.”

However, when you land on something as distinct as Yīn Yīn’s sound, it soon becomes an inevitability that more ears are going to be pricked.

The project began life in 2016 with Lennertz teaming up with Kees
Berkers. What was an experimental jam session soon became something more as the Maastricht-based pair were joined by Remy Scheren on bass and Robbert Verwijlen on keys.

I love the mix of musical cultures on this album. The base psyche sounds incorporate distinct Southeast Asia influences, combining at times with the twang of ‘spaghetti western’ soundtracks, at others, with generic funk and disco. Traces of North African Tuareg music also poke through.

The digital version, and some (now sold out) limited edition, coloured vinyl copies of the band’s debut album, ‘The Rabbit That Hunts Tigers,’ has been available via Bandcamp for a few months. But no worries, come April 20th 2020, the excellent Bongo Joe label will see that the album is more widely available, with a general release.

It’s most definitely worth checking out. 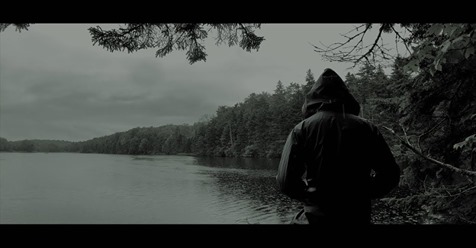 Just like the buses around here in Glasgow, you wait for ages and then two come at once!

Hot on the heels of his forthcoming new album’s lead track, Alex Pollock has also made available the following, ‘No Fooling.‘

The album was self-produced, written, performed, recorded, mixed and mastered by Pollock from his home apartment in Somerville, Massachusetts. During the creation of Rain, Pollock’s mother unexpectedly fell ill and passed away. While Rain is in some ways an expression of that change, it is also aspires to belong to everyone, beyond a singular, defining experience.

‘Rain‘ is a new, ambitious and exciting stage in the evolution of The Ocular Audio Experiment, colored lovingly with influences like, The Brian Jonestown Massacre, True Widow, Mercury Rev, Spacemen 3, BRMC, Black Angels, Psychic Ills and others.

I’ve been a fan of The Ocular Audio Experiment from, well, the start, I suppose, but much as I enjoyed the earlier work, from what I’ve hear of ‘Rain’ so far, it shows a maturity and richness of sound. It sounds to me that Alex and his ‘live’ band have truly found their feet and there is a greater sense of professionalism in both the music and accompanying video production.