The sign of a good cover is when you’re able to sing along, confident in the lyrics …. but just not quite able to place the song title or original artist.

This five-track EP features covers of two established and popular songs – one a country classic, the other a Rolling Stones favourite. An added bonus are King Tony’s two fantastic dub interpretations of Lauren and Vic’s interpretations, if you see what I mean!

The Patsy Cline song, ‘Walkin’ After Midnight‘ is the one that threw me. The words were familiar, but the presentation was completely alien to me. Country done Reggae works marvelously well here. Lauren’s vocals are given a bit delay / echo and her haunting, dulcet pitch perfectly blends with Vic’s warm tones.

‘Dead Flowers,’ is one of those Stones‘ songs that every fan knows, but maybe is lesser known to the casual listener. I guess the original also has a bit of a Country feel to it, and again, it’s given a real infectuous and jaunty reggae backbeat.

Lauren and Vic work so well together. They play off each other so well on this and the videos I’ve seen. And as with everything I’ve heard Vic do, he sounds so relaxed in his delivery, almost casual-like, and yet there is a playfulness, a smile, behind the vocals that draws the listener in.

Yeah – another excellent one to go check out / buy!

You know how it is: you’re on coronavirus lockdown, stuck in the house. There are no shops open, which means no record stores to hang out in. But that doesn’t really matter, ’cause you ain’t working and have no money anyway.

Bored out your box, you half heartedly surf through Bandcamp looking for something fresh. But it’s a struggle.

I’ll admit, it was the album’s artwork that first caught my eye. Then the names … VIC RUGGIERO & KEPI GHOULIE. I know these dudes. Well, I know of them – they both already have places in my record and CD collections, courtesy of their history with The Slackers and Groovie Ghoulies respectively. This was gonna be good.

In fact, it was more than’good.’ The next thirty-five minutes or so were spent foot tapping and bouncing around my room to a good, old fashioned, stripped back rhythm & blues vibe.

My first reaction was it reminded me very much of the Rolling Stones album, ‘Stripped‘ from around 1995. I had never really noticed before, but perhaps because of the song content on this album, there is a similarity at times between Vic and Mick’s vocal intonation.

And then, just as I was reveling in this comparison, I reached track four, ‘Bright Lights.’ Of course this is a Jimmy Reed standard, but I recognised it from an ‘unofficial’ Stones album from back in the day when their staple was covering some of the big blues players from USA.

Several songs on ‘After the Flood,’ sound familiar, I have to say, though I really have no idea as to the writing credits. I do know, though, that Vic & Kepi cover the Shangri-las – twice. ‘Big Kiss,‘ at track six is a slowed down version of the Sixties hit. It works really well, though I personally prefer the album-closing version of the track, ‘Great Big Reprise,’ which is a lot more ‘perky’ in its delivery

There’s something really endearing about an acoustic and more organic interpretation of rhythm & blues. Maybe it’s because the bass lines have more room to cut through and add to the bouncy feel; maybe it’s because, as in this case, Vic & Kepi are afforded space to blend their vocals and interaction, or maybe it’s just that good music doesn’t need to be over complicated and cluttered.

Seriously, there’s not one dodgy track on this album. It just feels like the lads are playing a relaxed, fun jam and somebody left the recording switch on accidentally.

Which, actually, if you read the notes to this Bandcamp release …..

A few weeks ago, I mentioned I’d pop up the video for Reaggae Roast’s ‘Sensi Skank Reloaded‘ release just as soon as the embargo had been lifted.

There may be a few faces here that you’ll recognise. That’s all I’m saying. 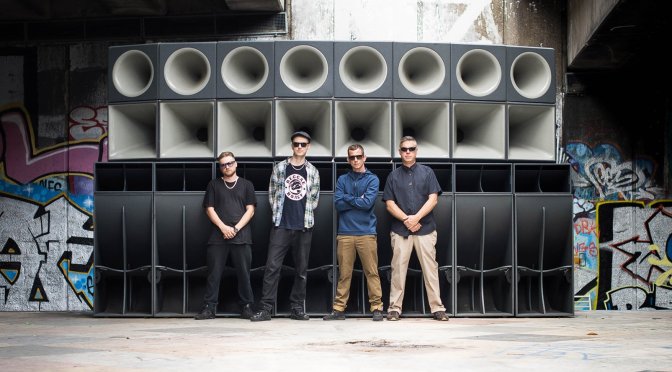 Playing out of the inner borough of Hackney, London Reggae Roast have been in the vanguard of the UK reggae and soundsystem culture for many years.

The regular events events organised by the collective are attended by thousands at a time and Reggae Roast now play regular slots at festivals all across the globe, always with a guest MC such as Kenny Knots, Charlie P or Ramon Judah.

Later this month they will release ‘Sensi Skank – Reloaded,’ (featuring Ruben da Silva.) As you may imagine, it’s a bit of an homage to weed, and re-visits Ruben’s #1 hit and giving it the Reggae Roast Soundsystem deep bass production treatment.

The video to accompany the track features a number of renowned personalities from the world of film and television – showcasing a rich tapestry of cannabis culture in cinematography.

Still – I suppose it gives me an excuse to pop up a couple of other videos for your delectation and delight.

(And if you need more of this stuff in your life, and who doesn’t, then check out their excellent website for more news, events and podcasts.)