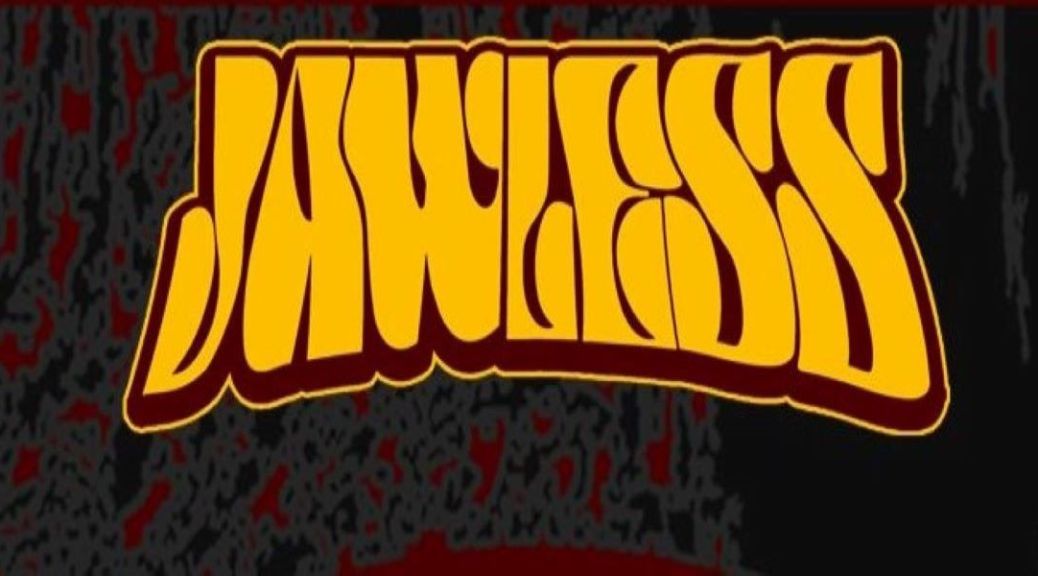 Jawless are a heavy rock / stoner /doom band from Bandung, Indonesia. Their debut album, ‘Warrizer’ was self released in February 2022 via Bandcamp.

‘Warrizer’ is the central character to the eight songs on this album, the lyrics throughout reflecting the troubled situation he perceives his life and indeed the world to be in.

Musically, ‘Warrizer‘ gets off to a storming start with ‘G.O.D.’ Jawless are most definitely channeling their inner Black Sabbath on this one! It’s an epic track of almost eight minutes length, typically doom laden for the first half, then exploding into a frenzied second period. The vocals are pretty distinct too,sounding quite unfiltered and totally ‘live.’ By that I mean they have the resonance of a stage performance, and I can easily imagine this having been a band from the early ’70s belting the song out from a big Festival stage.

‘War Is Come’ is again down the mid-tempo route with big, stomping riffs and pounding drums. ‘Dark Muzzling‘ is the longest track, spanning almost eight minutes. It’s more of the same, really – atmospheric and heavy, with a lighter, final minute ‘outro.’

‘Deceptive Events’ starts out a little quieter but soon develops dark undertones. There is a danger here that for the first half of the six minutes duration, it becomes just an extension oft the two preceding tracks, but fortunately the pace picks up in the second stanza.

‘Bad Excursion‘ is one of my favourite tracks This may be because it has a bit of a ’70s vibe to it, with short, snappy guitar riffs and a more upbeat tempo. ‘Metaphorical Speech‘ is again more of a ‘rocker’ and, I think, what Jawless do best.

‘Restrained‘ continues the pace, with a slower mid-section that soon rises again for the final two minutes. Final track ‘The Throne of Tramp‘ sees a return to the Sabbath-esque doom heavy, head nod inducing sound.

All in all, while ‘Warrizer’ may not be exactly ground-breaking in its substance, it is an entertaining fifty minutes, with a good mix of doom inspired and plain, good, old fashioned heavy rock.