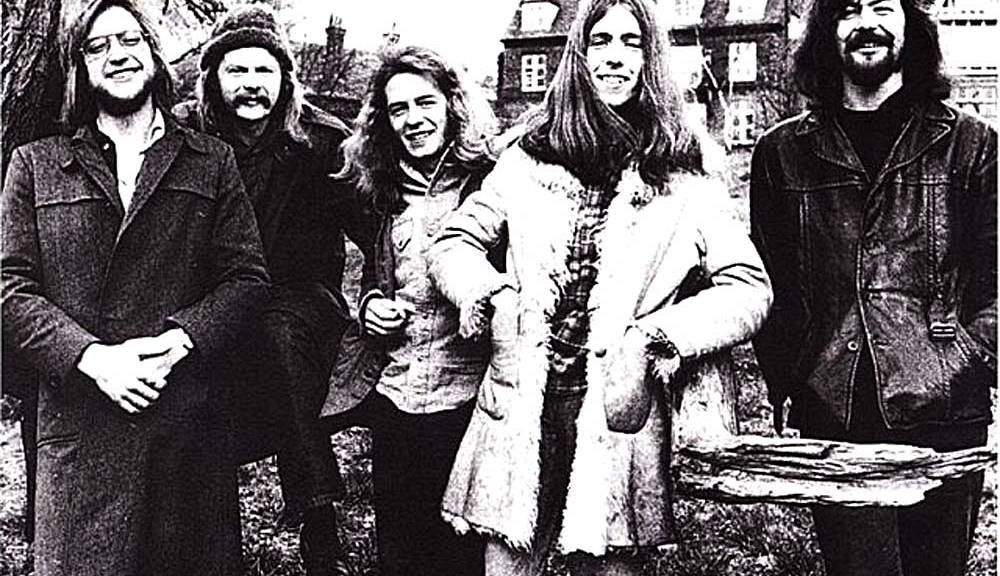 It was the early 70s and I must have been about 15 and already a hardened Progressive Rock devotee. My Genesis, Yes, Gentle Giant and JethroTull albums were already crowding out my brother’s collection of  Beatles and Fleetwood Mac LPs and the half dozen classical and British comedy recordings of my parents. Bernard Cribbins’ “Right Said Fred” would not make an appearance again for a few decades until wearing shirts became too sexy !

For reasons that are lost in the sylvan forests of that dingily dell of prog rock/adolescent halcyon, time, I thought my collection lacked a Scandinavian slant. ABBA hadn’t had their Waterloo moment yet !

How or where I first discovered Tasavallan Presidentii (President of the Republic) is a complete mystery or major mental blackout. Maybe because my surname was included in the band’s name. I can only speculate.

Lambertland was a proud addition to my ever expanding sonic library.

The cover was like a water colour Roger Dean. All trees and mountains and suns with a splash of pseudo religious symbols floating about. I thought they might throw in a free yoga lesson or a weekend mountain retreat to straighten out your Shakra with every album sold.

As for the music, it had all the ingredients of the genre – rock, folk, ambient, jazz, and the obligatory blues jam in an odd time signature. There was quite a smattering of flute and sax which appealed to me. Clever guitar work and sympathetic bass and drums.

The vocalist was a required taste with a very thick Scandinavian accent and would have been better singing in his native tongue going by some of the lyrics. No keyboard player was credited but I definitely heard the tasteful tinkling of electric piano and perhaps a sparse string synthesizer. The music certainly didn’t require any of the usual heavy handed Hammond, muddying Mellotron or meddling Moog.

6 tracks over 2 sides is probably prog de riguer. My favourite being the title track though where this mystical place may be – whether the far forests of Finland or a walk in a London suburb (sorry that’s Lambeth) is not clear. It has echoes of folksy Tull, jazzy Soft Machine and zippy Zappa. Not so much in a lumpy porridge sort of way, more a light, healthy, if not hunger abating, muesli.

Where that album ended up I’ll never know – probably an ashtray now at my nieces flat.

Does it stand the test of time ? Not really. Like most prog rock, it sounds dated on the naive side of edgy but it’s all space and time, innit or eikӧ olekin as they say south of Lappland !

(Line-up relates to this particular album.)